I had the pleasure of photographing Little Miss ~S~ when she was just under two weeks new! She was an absolute dream to photograph and was so patient in posing for us. She is a true beauty and I have no doubt that she will break a lot of hearts someday! I hope you enjoy a few of my favorites. 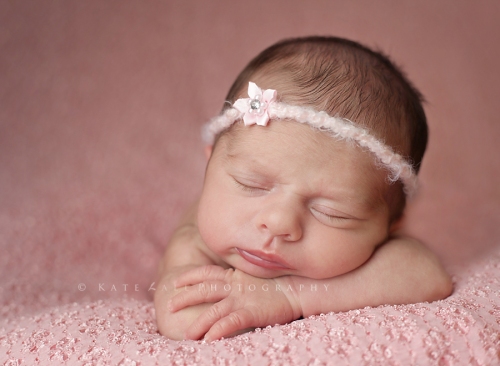 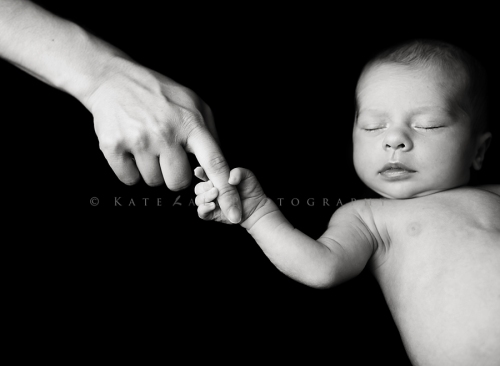 And the WINNER of the {Cutest Couple Contest} is…

WOW, what a race!

And the WINNER of the {Cutest Couple Contest} is..

1st PLACE: Anna + Brian!
Winner of a FREE Session with Kate along with 5 digital files on CD with print release! Please check your e-mail soon for all details! Congrats!! 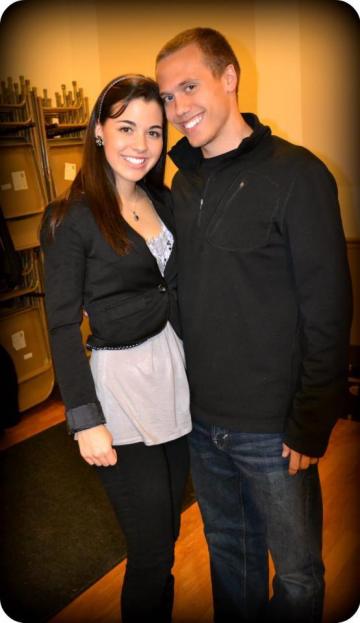 Congratulations to the winners!! And because ALL of you are winners to me, all remaining couples will receive a FREE 8×10 Gift Print from any 2012 session with Kate Lall Photography!

Also, I would like to take this opportunity to give a special shout out to a amazing honorary couple who were a little late in entering the contest:

This is Mary and Leroy. They were friends beforehand and Leroy just asked her out on a date and it was history from there! Leroy was in the Navy and was in World War II, so Mary waited for him for 2 1/2 years just writing letters until he got back. They both turned 90 this year and they’ve been married for 69 years! They have 8 children, 25 grandchildren and 20 great grandchildren! You are both an inspiration! Please enjoy a FREE 8×10 Gift Print from any 2012 session with Kate Lall Photography. 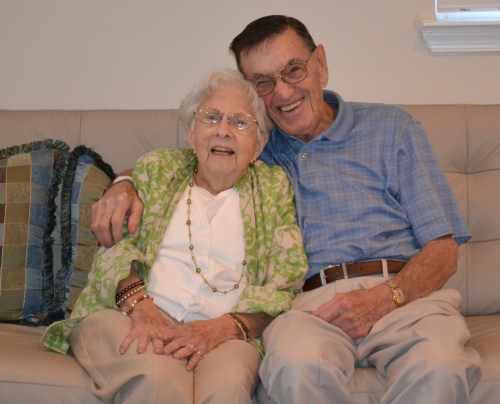 FIRST PLACE Couple will win a FREE  Photo Session for 2012  along with FIVE digital files on CD, along with a Print Release! ($500 Value)

Be sure to use the Share This Button on the Voting Poll below to share with your friends and family. Only one vote will count per household, so choose your Cutest Couple wisely.

Thank you and Good Luck everyone!

Laura + Tim
“This is my boyfriend Tim and I, we have been together for almost 4 years. We met through mutual friends and talked about 7 months before actually becoming boyfriend and girlfriend. Tim is my best friend and I don’t know what i would do without him.

Anna + Brian
“We met in the summer of 2009 while we were in high school. People always sterotype young relationships not to last but we are 2 and a half years strong and more in love than ever. We are currently in a long distance relationship, Brian goes to college in Greensboro, NC and I go to Anne Arundel Community College. It’s not an easy thing too do but we know it will all be worth it in the end.I would love to have professional photos done so when he isn’t here I can look at those and smile.” 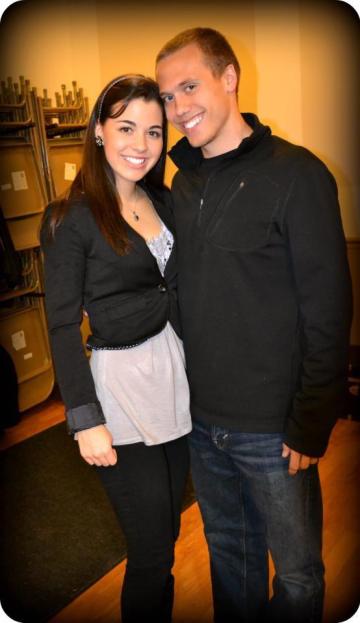 Mary + Brian
“We met on Myspace in 2005, but I had a boyfriend so nothing became of us right away. We developed a friendship; during our friendship we discovered there was something special. After a few months of people asking how long we’ve been together, we became an official couple on December 31,2006; we have been together ever since and I cannot imagine my life without him.” 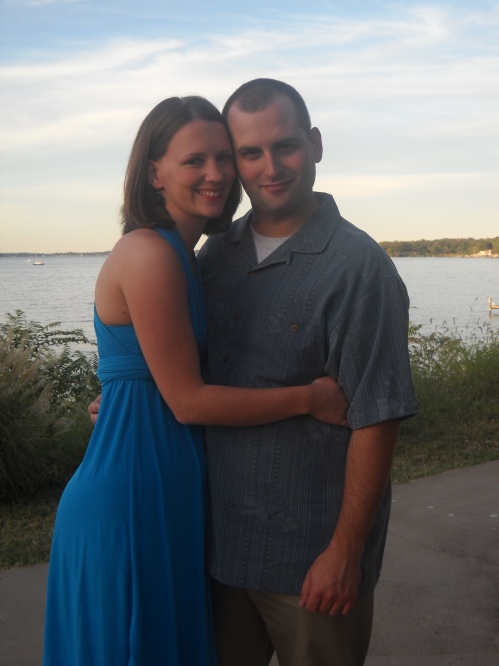 Sarah + Jeff
“We met in highschool in 1986. I was a freshman and Jeff was a Junior. I started dating his best friend and we all hung out together for the next year or so. Relationships end and people move on but about ten years later we ran into each other at a party. We spent most of the night catching up. We started hanging out as friends for months and then one thing led to another. Married almost 10 years now he is not only the best husband ever but my best friend.”

Amethyst + David
“David and I met in 2008 on my senior week vacation in Ocean City. It was by chance that we were staying with mutual friends. We had never met before, but it was absolutely love at first sight. We have been together ever since! We understand each other in ways no one else could! He is the peanut butter to my jelly! ❤ This shoot would provide us with beautiful memories to recount with each other and our families. They would be far more than pictures to us, but frozen moments in time we could look back on for the rest of our lives!” 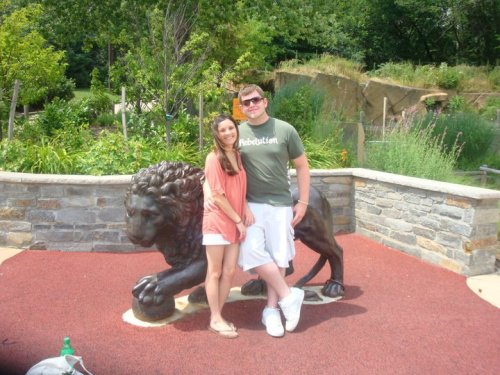 Samantha + Mike
“This is a picture of my boyfriend Michael and I. We met when we were in elementary school but time and life changes took us in seperate directions. In February of 2010 we got back in contact with eachother via facebook and by May of the same year, we were officially together. Now, almost two years later, we are busy busy busy with all that life has to offer a young couple. We enjoy spending time with each other as well as our families and friends. We love doing new things together and sharing our favorite things with one another. Honestly, Michael is my best friend and I am glad to have him as a part of my life. I look forward to the future and all the wonderful things I will get to share with my best friend.” 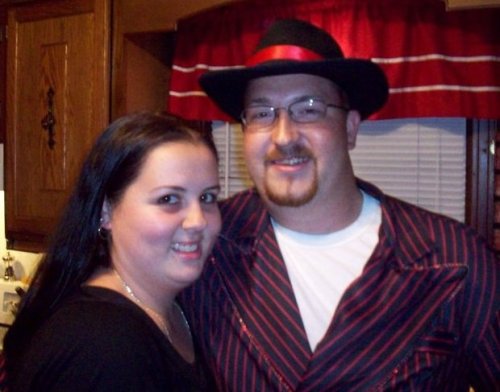 Jeannie + Ariel
“My friend & I opened up a Nail Salon across from a Firehouse back in 2001. A very persistent Firefighter would jog across the street asking me for a date over & over again…my reply was always “We’ll see” One day, while removing my clients polish, acetone splashed into my eye, my coworkers ran across The street for help, & here he comes again! He fixed me all up & said “Now, can I take you to dinner?” and we have been together ever since. (& inside his wedding band “we’ll see is engraved)”

Stephanie + Josh
“Josh and I first met in highschool over 13 years ago. Josh was the more popular out of my reach kinda guy and I was the average dancer/drama nerd (according to him). We never really hung out, but if we happened to cross paths we would say hi and chat a little. About 9 years out of highschool (back in 08) we randomly happened to run into each other at a local bar. I never thought of him as someone I would be interested in during highschool but when I saw him that night I felt different. Both of our groups of friends ended up hanging out that entire summer and we were very flirty with each other. We had both recently gotten out of relationships and weren’t interested in dating. However we did end up kind of talking for about 6 months…nothing to serious. During that time we both fell for each other. He finally asked me out on our first official date and we have been together ever since. 3 and a half years later here we are. He is not only my best friend but the love of my life.” 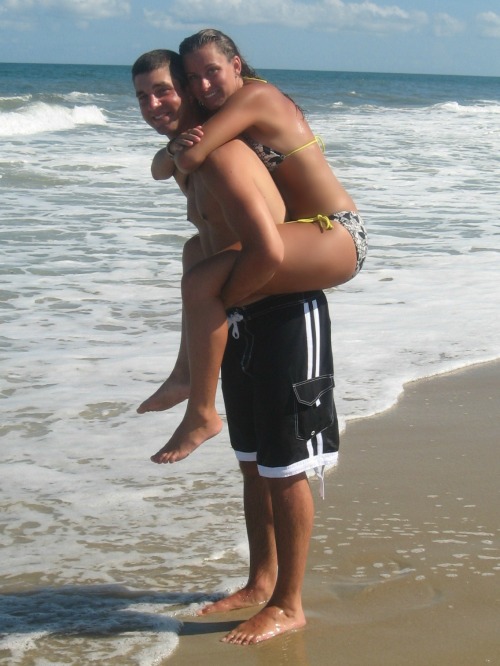 Amy + Kyle
“This is our first Christmas this past year as a married couple and in our very own home. We have been together 8 years now. We have been through some very hard times for a couple in their early twenties. The toughest of which was recently when he lost his father and very shortly thereafter my grandmother. We are high school sweethearts, only we went to different high schools. I love him beyond belief and don’t know where I would be today without him.” 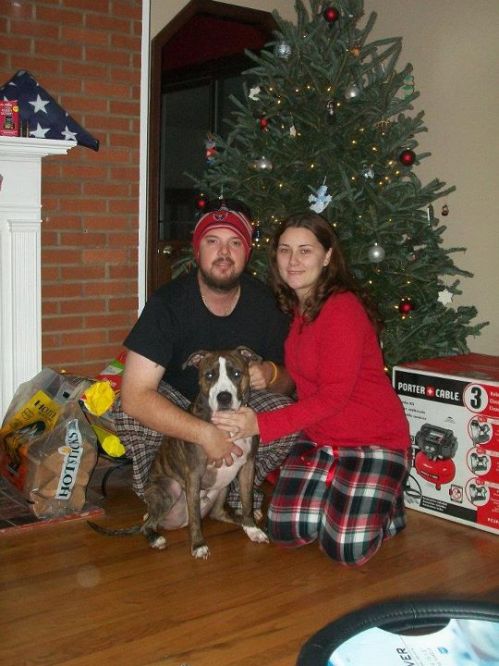 Lynn + Bryan
“Bryan and I met through work in 2008 and first became friends. After hanging out with mutual friends quite a bit, we found pleasure in each other’s company. We have been inseparable since! 3 years later we are newly engaged (July 2011)!!”

Mary + Steve
“Steve and I have know each other my whole life…..that’s right, he remembers when I was born! Steve grew up and went to school with my brothers and cousins and I’ve always known him as their friend. I would see him every once in a while but nothing more than a friendly hello was ever shared between us. A few years ago my Cousin got married, we were both there and that’s when things changed. We talked for hours that evening. We eventually took a chance to see where things were headed and that was over 3 years ago. He is the most loving, kind and compassionate man I know. He supports me in everything, is my best friend and was my rock when I lost my mother and father. It’s hard to imagine my life with out him now and he’s been in it this whole time!”

This little handsome dude, Deacon, was the winner of my Cutest Kids Contest on Facebook and you can certainly see why! He was a total ham for the camera and both he and his Mom, Alicia, made for some PERFECT models! Deacon insisted that I capture some of his fun, goofy faces and I happily obliged. Congratulations DEACON and thank you both for a very fun session! 🙂 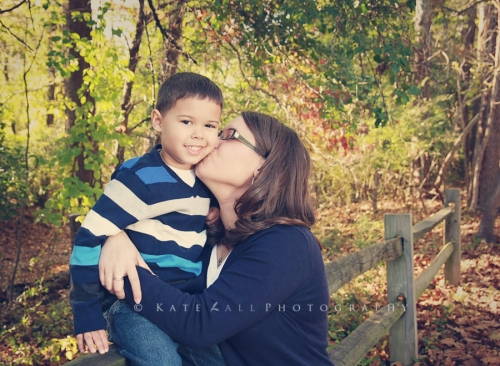 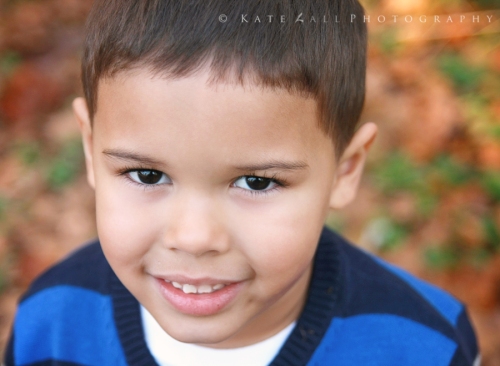 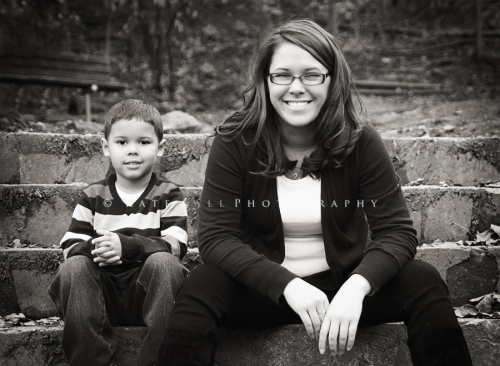 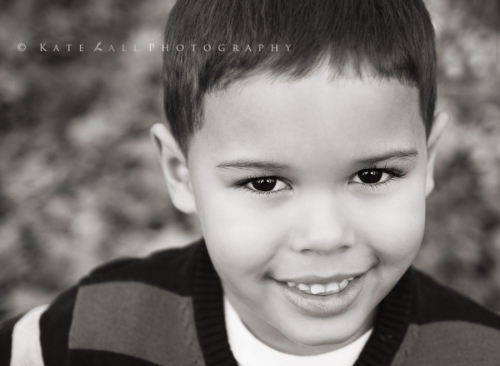 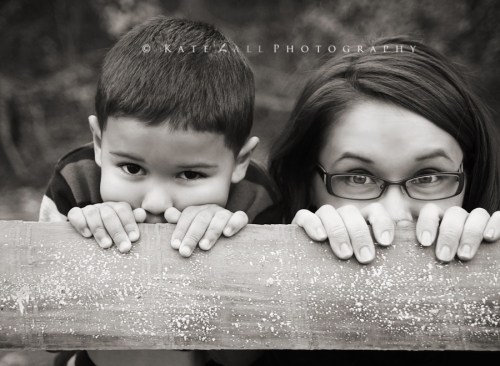 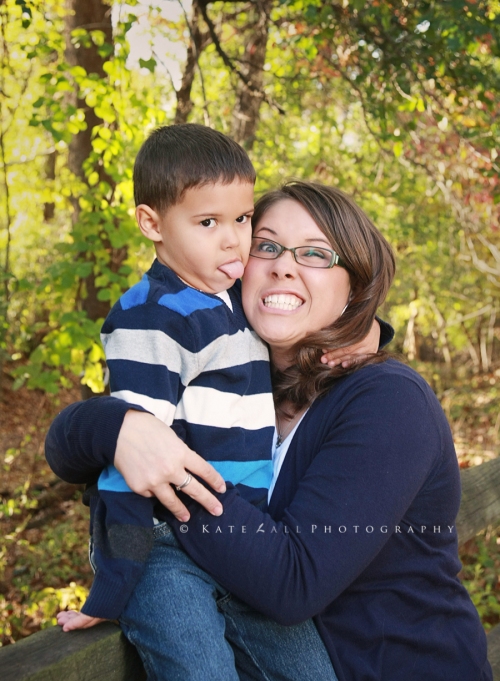 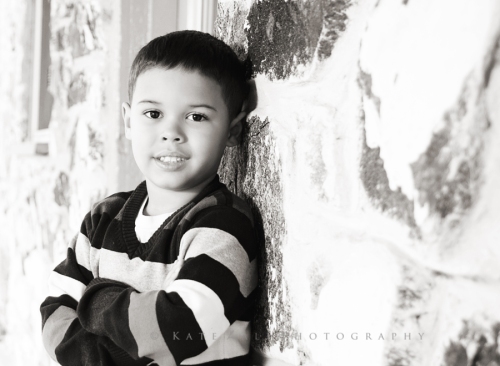 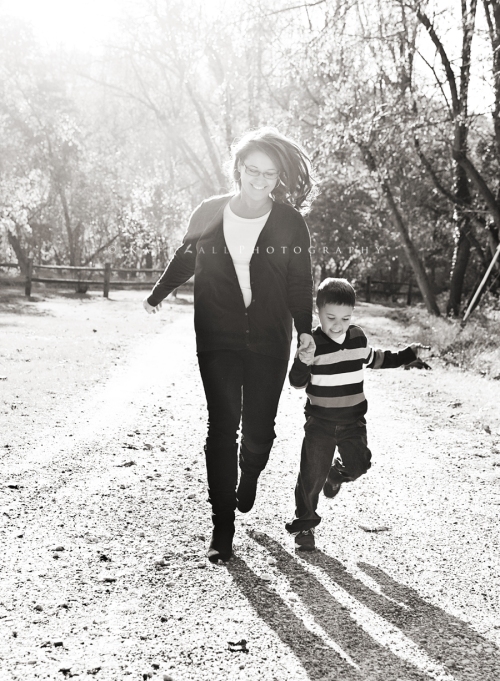